In the late 1970s, Dr. Robert Bullard, with some of his graduate students, found that hazardous facilities like dumps and incinerators were being disproportionately sited in historically Black and brown neighborhoods. His research helped illuminate larger patterns of racist discrimination in exposure to pollution and access to housing, transit, food, health care and other essentials that have deepened and entrenched inequality in the U.S.

"Again, Together" is a film created in partnership with Ronald L. Jones, bringing stories from communities across Houston that have been impacted by environmental racism — namely redlining, segregation, underinvestment, exposure to pollution, gentrification, inequitable disaster recovery resources and freeway development.

Join us January 21 for an online screening and panel discussion. 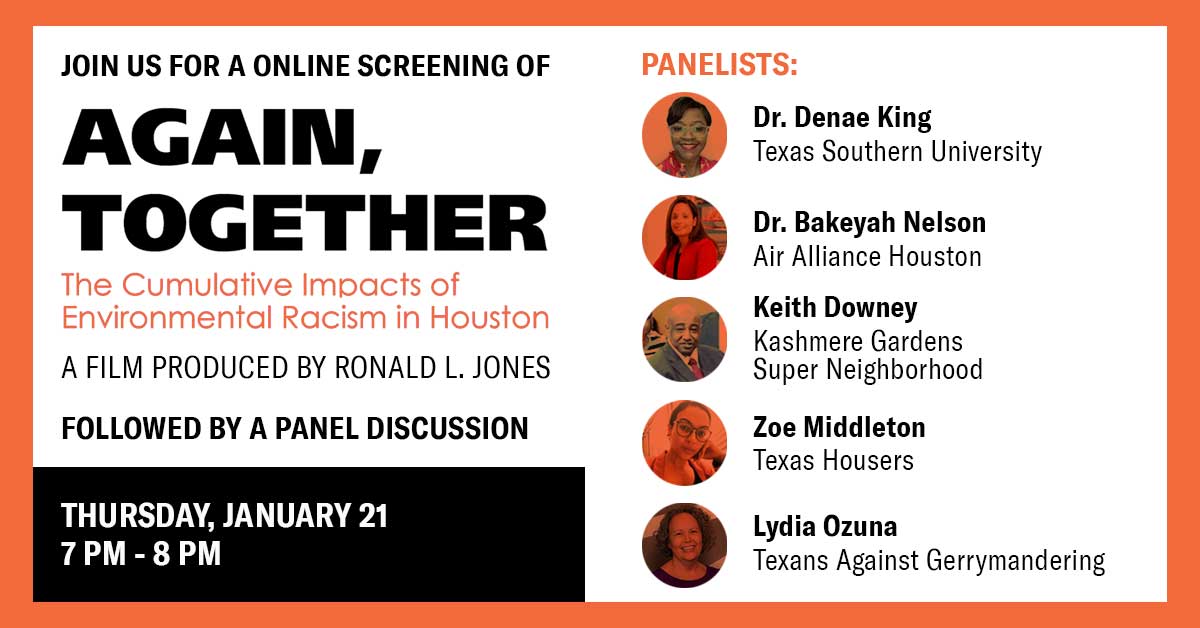 Redlining helped create the conditions for white flight to suburbs and a lack of investment in neighborhoods where people of color lived. In addition to starving neighborhoods of important services and access to credit, systematic segregation depressed land values, making it easy for poorly regulated polluting industries to set up shop or continue to expand in neighborhoods such as Fifth Ward and Kashmere Gardens.